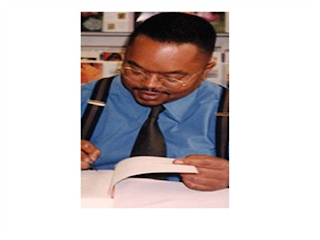 At the young age of ten Kirby Roy III was introduced to poetry, but his exposure to literature just didn’t begin or end there. “There were always books around my house, so whenever I would get bored, I would read,” says the scribe.

In 1989, he left before completing his degree in order to become a writer. However, it was not until graduating from that he was able to actively pursue his passion. While maintaining a full time job as an analyst at a major financial institution, he started jotting down a few ideas for several books that he wanted to write.

While maintaining his full time position as a financial analyst, Kirby eventually managed to finish his first book. “After I had Love Letters edited, I started taking notes on the second book. I wasn’t sure how I was going to get the first one published, but I knew that I didn’t want to stop writing.”

As it turned out, his patience paid off. Kirby’s first work was published and received rave reviews. Heart And Soul Magazine said that, “Kirby Roy III adds another voice to the growing club of male novelist making a mark…” Since then he has continued writing, including penning three screen plays. He also served as story editor, producer, and line producer for the award winning film Big Ain’t Bad. His next novel is set to be released, after which, he intends to continue writing and working in film. 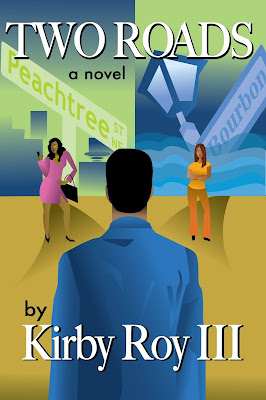 But as the waters as well as the story ebb, they find themselves embarking upon the road less traveled. In the wake of true love, Kaya and Bryon find that through belief, destiny can be an outcome they share. And with that, the story ends with Kaya’s tears leading the road laid by their love. 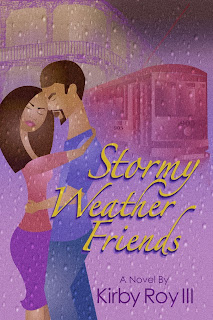 1.       When did you first know you wanted to be an author?
When I was very young (about ten), I was introduced to poetry and subsequently developed a passion for words.  However, it wasn’t until I was about 22 that I actually thought about becoming a writer. The thing that made me consider it was a quote I heard, which was, ‘do something you’d do for free and no matter what, you will always be a success’. When I heard that quote, it made me think that I could be a writer simply because I enjoyed writing.

2.       What makes you passionate about writing?
For me, the passion in writing comes in simply expressing yourself. It allows you to convey your thoughts and feelings, which for me has become a priceless benefit.

3.       Were you ever discouraged along the way? If so, how did you deal with it?
I think there are always times when everyone feels discouraged in anything they do. For me the discouragement was sometimes just thinking that I was wasting my time writing because no one would ever want to read my work or that it would never be published. The way I dealt with it was to remind myself that I started writing because it was simply something that I enjoyed regardless of reward or recognition. In that vein, the reward simply came in writing.
But also, I sometimes look at war movies, or pictures with similar themes to encourage me. I know it may sound a little silly, but the thing about those types of movies that motivates me is that the characters never give up no matter what the circumstance or hardship may be. So sometimes when it’s early in the morning and I feel like I can’t go on, I look at excerpts from a movie or listen to a song in which the character doesn’t quit and it motivates me to keep going.
4.       What is your writing schedule like?
My writing schedule is pretty simple. I go to work at my regular job. I get home about 6:30. I take a nap then wake up between 7:30 or 9:30. I then start to clean up, just to clear my head, and afterwards start to write. I usually aim for one to one and half pages a night. I usually finish about 2:00 to 3:00 in the morning, then go to bed, and repeat the same process the next day.
On the weekends, instead of going to work, I catch up on sleep, but repeat the same writing process.

In the midst of the calamity, Dana, a tryst from Bryon’s past, pounces upon them like the tide from the tempest. Still, since Bryon is sincere in his dedication to a future with Kaya, he finds himself willing to give up everything in order to be with her.

So as the waters as well as the story ebb, they find themselves embarking upon the road less traveled. In the wake of true love, Kaya and Bryon find that through belief, destiny can be an outcome they share. And with that, the story ends with Kaya’s tears leading the road laid by their love.

6.       What is the best complement you could receive from a reader?


The best complement I ever received was when a reader told me it only took about a day to read my first novel. Which ironically, at first I didn’t take as a complement. My initial thought was, ‘it took me more than a year just to write it, and it only took you a day to read it…’ But then the reader explained to that was great because for them, the book flowed and was easy to read.
Posted by Deirdra at 12:02 PM