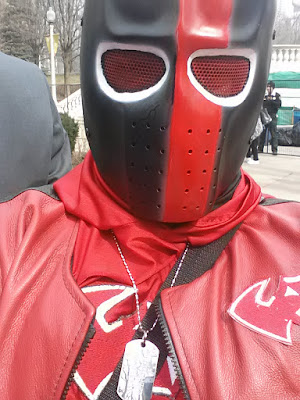 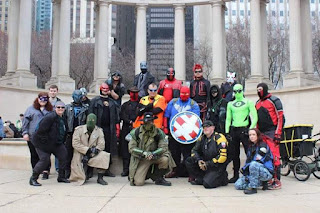 A Superhero and part of The Guardians located in Owensboro, KY

Deirdra: Who or what inspired you to become a superhero?
Wastelander: The Dweller; he was the first rlsh with whom I spoke, he talked about the activities he did with his group and showed me that anyone could be a hero.

Deirdra: How did you come up with your superhero name?
Wastelander: The Dweller helped me come up with my name 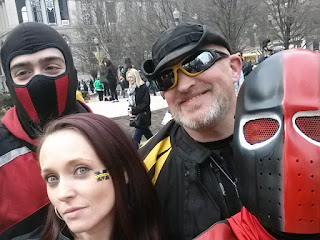 Deirdra: Who made your costume?
Wastelander:  Razorhawk made my costume as well as the patches

Deirdra: If you could have any super power what would it be?
Wastelander: Superpower of choice: invulnerability; to be able to protect others from harm 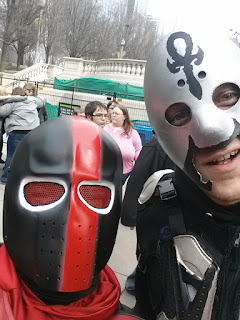 Deirdra: What do you hope to accomplish?
Wastelander:  I hope to inspire others to get out and those in their communities that need help..even if all I do is brighten someone's day with a smile.

Deirdra: What do you for your day job?
9. I work for the government; I am not allowed to elaborate on that.. 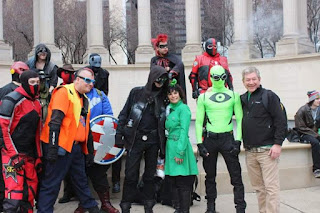 Deirdra: Are the police supportive or do they see you as a lawless vigilante?
Wastelander:  I haven't had any bad or negative feedback..was asked once what we were doing; after explaining that we were there to help hand out essentials to the homeless..the police nodded in acknowledgement and left us to finish our task.. 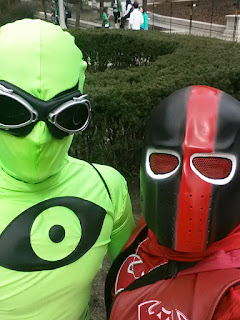 Deirdra: Are you in danger by doing what you do?
Wastelander:  In danger: absolutely, you never know what someone will think or say or how one will react..many wear body armor as a way of protecting ourselves.

Deirdra: Are you stopping crimes and helping people?
Wastelander:  If I see something happen I would do my part in protecting the victim; I have not came across a situation like this in my short time as a RLSH memeber. 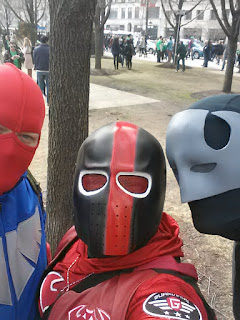 What does your significant other think of you being a superhero? What does your family think?
Wastelander:  My wife is proud of me, she does worry when I go out on patrols because of the potential hazards associated with the role, but she supports my efforts..my family thinks its only cosplay.

Deirdra: Does your mom know you are doing this?
Wastelander:  No, my mom doesn't know anything about my RLSH life

Deirdra: Do you have a weakness?
Wastelander:  Weakness: chicken chimichangas (absolutely love them)

Deirdra: How long have you been doing this?
Wastelander:   I got in to the RLSH life not too long after my daughter was born (nearly 4 years ago) 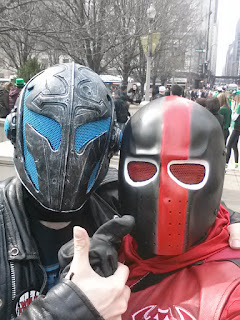 Deirdra: What is the most frustrating thing about being a superhero?
Wastelander:   Honestly: seeing or hearing about something you wished you could have helped prevent!

Deirdra: How did those close to you react when you became a superhero?
Wastelander:   My family does not know; they only think I belong to a cosplay group that does charity work..

Deirdra: Who is your hero? 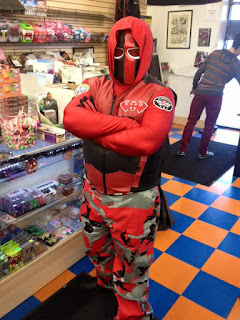 Wastelander:   My hero: I actually have two Batman: he's always prepared..Deadpool: for his witty comebacks and overall style and of course his love for chimichangas!

Deirdra: What do you want the people of your community to know?
Wastelander:   I want ppl to know that there are those out there that want to help make others lives better..to not be afraid that we only want to help! 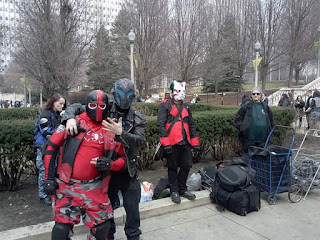