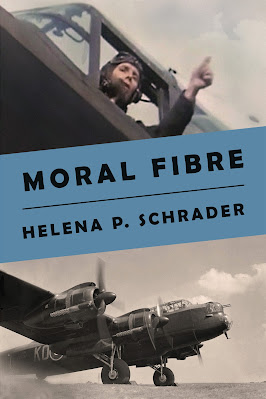 They took the war to Hitler.

Their chances of survival were less than fifty percent.

Their average age was 21.

This is the story of just one bomber pilot, his crew, and the woman he loved.

It is intended as a tribute to them all.

Flying Officer Kit Moran has earned his pilot’s wings, but the greatest challenges still lie ahead: crewing up and returning to operations. Things aren’t made easier by the fact that while still a flight engineer, he was posted LMF (Lacking in Moral Fibre) for refusing to fly after a raid on Berlin that killed his best friend and skipper. Nor does it help that he is in love with his dead friend’s fiancé, but she is not yet ready to become romantically involved again.

Find out more information about the book on GoodReads or on the author’s website. 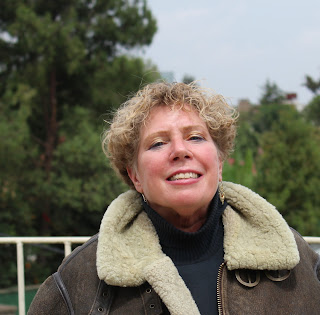 Helena P. Schrader is an established aviation author and expert on the Second World War. She earned a PhD in History (cum Laude) from the University of Hamburg with a ground-breaking dissertation on a leading member of the German Resistance to Hitler. Her non-fiction publications include Sisters in Arms: The Women who Flew in WWII, The Blockade Breakers: The Berlin Airlift, and Codename Valkyrie: General Friederich Olbricht and the Plot against Hitler. In addition, Helena has published eighteen historical novels and won numerous literary awards. Her novel on the Battle of Britain, Where Eagles Never Flew won the Hemingway Award for 20th Century Wartime Fiction and a Maincrest Media Award for Historical Fiction. RAF Battle of Britain ace Wing Commander Bob Doe called it "the best book" he had ever seen about the battle. Traitors for the Sake of Humanity is a finalist for the Foreword INDIES awards. Grounded Eagles and Moral Fibre have both garnered excellent reviews from acclaimed review sites such as Kirkus, Blue Ink, Foreword Clarion, Feathered Quill, and Chantileer Books.