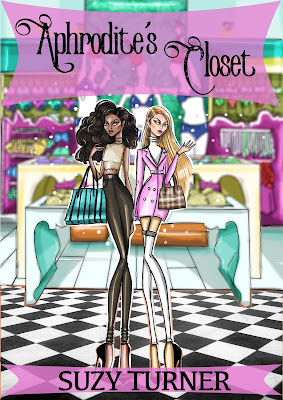 Aphrodite's Closet
Agatha Trout didn’t even know she had a Great Aunt Petunia, so imagine her surprise when she finds Petunia left her a corner shop in her will. But it’s not just any old corner shop—it’s a corner shop that needs something unique, something the town of Frambleberry has never seen before. Influenced by her confident best friend, Coco, Agatha is soon convinced that there’s only one way to go: an adults-only sex shop.
While some of the townspeople are clutching their pearls in horror, others are open to the new experiences this shop offers. But not everyone in Frambleberry is convinced. Will the women soldier on in the face of violent threats or will their fears get the best of them—and their new venture—before it even gets off the ground? 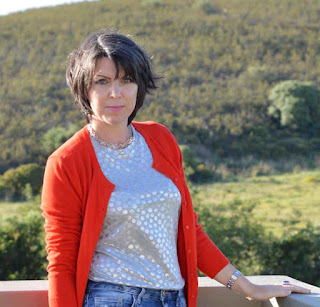 About the author
Born in England and raised in Portugal, Suzy lives with her childhood sweetheart Michael, two crazy dogs and a cat.
Shortly after completing her studies, Suzy worked as a trainee journalist for a local newspaper. Her love of writing developed and a few years later she took the job of assistant editor for the region's largest English language publisher before becoming editor of a monthly lifestyle magazine. Early in 2010 however, Suzy became a full time author. She has since written several books: Raven, December Moon, The Lost Soul (The Raven Saga), Daisy Madigan's Paradise, The Ghost of Josiah Grimshaw, The Temporal Stone, Looking for Lucy Jo, We Stand Against Evil (The Morgan Sisters), Forever Fredless,  And Then There Was You, Stormy Summer and her latest, Aphrodite’s Closet.
In 2015 she launched her popular 40+ lifestyle blog which continues to go from strength to strength, while just over a year later, she trained to become a yoga instructor. Suzy continues to write, blog and teach yoga in one of Portugal’s loveliest settings - the Algarve.