Meeting of the Mustangs by Cathy Kennedy 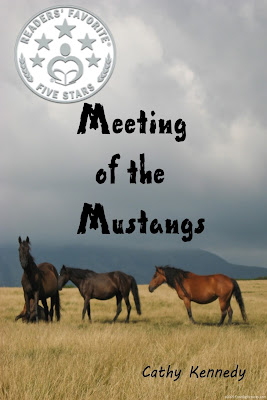 For hundreds of years, generations of wild mustangs have roamed large parts of the western United States. Many of these magnificent animals can live their entire lives without ever seeing a single human being. Being completely self-sufficient, they inhabit the wilderness in groups, living together peacefully and posing no threat to any of the other animals with which they share the land.
Through knowledge that has been passed down to them from their ancestors, these horses are masters of survival and know what things to fear and how to protect themselves from those dangers.
This is the story of a special horse. His life begins much the same as the other young horses in his group, but will turn out to be much different. Through no fault of his own, he is separated from everything he has come to know and thrown into an entirely different way of life. Although his world changes drastically, his adventures continue until he finds himself in the unexpected position to repay a kindness that was once shown to him.
Friendship can sometimes be found in the least likely forms, in the most difficult times.

You can find her new book on Amazon: http://amzn.to/2jCD0FG 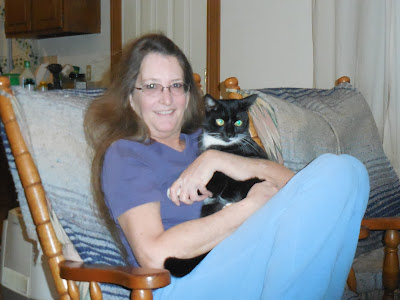 Cathy Kennedy spent the first years of her life growing up in Pennsylvania before moving to South Florida at age 17. Her book, Meeting of the Mustangs, was started during her teenage years in Pennsylvania and would not be completed until many years later.
The story of the wild mustangs is somewhat reflective of her life living in the country, where her family owned horses. She wanted to complete the book for younger readers who have a love for animals, and finally convinced herself that she should continue the story where she'd stopped writing many years before.
She currently lives in Ohio with her husband and three rescued tuxedo cats.