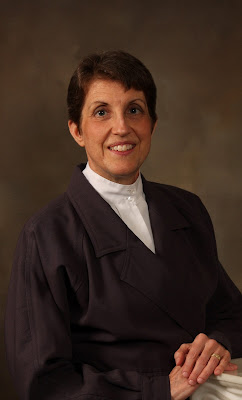 About Diann T. Read and Her Books
Originally from northern , Diann Thornley wrote her first story at the age of five and never stopped writing. She taught herself to type—with two fingers—on her father’s ancient manual typewriter at the age of six because it was faster than pushing a pencil. After winning a statewide writing contest, junior high division, at the age of fourteen, she began her first novel, which was based on the Arthurian legends. This endeavor filled most of her high school years and freshman year of college, until a handful of friends introduced her to science fiction by “kidnapping” her to go see an obscure little movie called Star Wars. The rest, as they say, is history.

Ganwold’s Child, first book of the The Sergey Chronicles, took seven years to complete, due to completing college and entering the U.S. Air Force. Following a year-long tour of duty in the of , Diann finished Ganwold’s Child while stationed at Wright-Patterson AFB in . Echoes of Issel and Dominion’s Reach, the second and third books in the Sergey trilogy, were also written in .
Diann transitioned into the Air Force Reserves following Desert Storm, but her military career spanned 23 years and included deployments to and . In December 2000 she married Jon Read, NASA rocket scientist and martial artist, and moved to . Diann retired from the Air Force in June 2009 to return to her writing career and spend more time with Jon.
Check out Diann’s website at www.diannthornleyread.com, find her on Facebook at www.facebook.com/pages/Diann-T-Read/291193624316145?ref=hl, follow her blog, “Hero Journeys,” at www.diannread.wordpress.com and on Twitter @DiannTRead.  You can find her books on Amazon at www.amazon.com/author/diann.t.read. 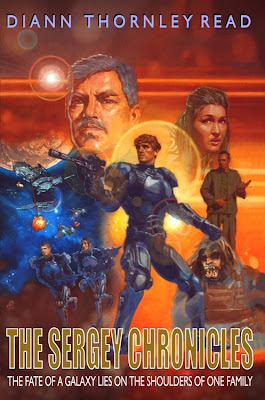 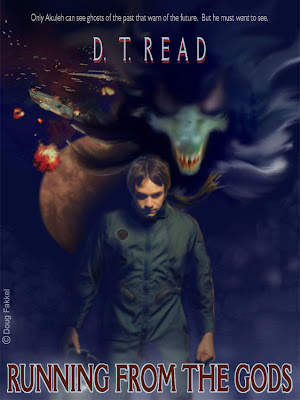 Deirdra: When did you first know you wanted to be an author?
Diann: I wrote my first story when I was five, on wide-lined paper with a fat pencil. I wrote stories mostly for fun, for vicarious adventure, and shared them with friends. Even after winning the junior high division of a statewide writing contest at age 14, I didn't seriously think I could become an author until high school, when several of my friends decided the novel I was writing then needed to be published.

Deirdra: Were you ever discouraged along the way? If so, how did you deal with it?
Diann: Oh, yes, I got discouraged! I pressed on. I had enough faith in myself and my budding talent to keep working at it. I still get discouraged sometimes, but I'm still pressing on.

Deirdra: What is your writing schedule like?
Diann: I was active duty in the Air Force while writing Ganwold's Child, first book in the Sergey trilogy. It took me seven years because I had to write in whatever off-duty time I could grab. These days I work from about 1:00 PM to 6:00 PM (or later) Mondays through Fridays, and on Saturdays if I don't have other obligations. I guard that time like a treasure!

Deirdra: What is your process of brainstorming a story? Do you just sit down and write, waiting to see what happens next? Or do you outline first?
Diann: I outline, but I allow myself to digress as better ideas come along in the actual writing. I highly recommend David Farland's "Million Dollar Outlines" and Les Edgerton's "Hooked" for outlining guidance.

Deirdra: Do you need absolute quiet to write? Do you listen to music when you are writing?
Diann: Music is good! I prefer movie music soundtracks like 13th Warrior, Last Samurai, all of the Lord of the Rings, things like that--as long as there aren't lyrics or I'd start singing along! I listen to Celtic music when I'm writing from my Scottish character's POV, and Navajo flute, drum, and chanting when writing in my protagonist's shamanic culture.

Deirdra: What's your secret to making the characters in your books come to life?
Diann: I get into their heads and hearts. I like writing in 1st person POV for that reason. When I switched from 3rd person to 1st person I discovered that my current protagonist is kinda snarky, and that's fun!

Deirdra: How do you come up with your characters' names?
Diann: I collect names. I've collected lists of names from around the world and I give my characters names that reflect their culture. For example, my current protagonist's name is Akuleh, an American Indian name that means "Looks Up," which he has to learn to do on a few levels.

Deirdra: What are you working on now?
Diann: A YA series called The Seventh Shaman. It's about a boy in a shamanic culture whose abusive stepmother has led him to believe he's destined to become Death Bringer, the incarnation of his people's Satan figure. So he runs away from home, lies about his age, enters the military, and becomes a fighter pilot. He has these latent abilities to work the elements, which come into play at critical times. Eventually his true destiny will catch up with him and he'll discover that his life has an overwhelming but magnificent purpose.

Deirdra: What do you hope readers will get from your books?
Diann: I hope they'll realize that in spite of where they may be coming from, no matter what horrors or challenges they've been through, that their lives DO have divine worth and meaning and purpose, and they're never really alone. I feel a great sense of urgency about these books; they're sort of a mission for me.
Deirdra: What is the greatest compliment you could receive from a reader?
Diann: That my books changed their life, inspired, uplifted, encouraged them, or motivated them to pursue their own dreams with confidence, knowing they can achieve great things.