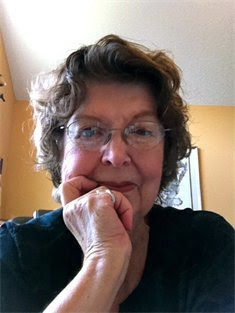 Carolyn Schriber received her PhD in Medieval History from the University of Colorado. After she retired from a position as a college history professor, she turned her attention to her second love, the history of America's Civil War. She offers a fresh perspective and a valuable new approach to some of the issues of the Civil War. e conflict. Beyond All Price is a historical novel based on the real life story of Nellie M. Chase, a Union nurse. With a clear and engaging writing style, she examines the roles of women during the war, the horrors of medical treatments, and the problems presented by newly freed slaves.

Carolyn: All my life, I think. I was making up stories in my head when I was just a kid. The real question is when I knew I COULD be an author. That didn’t happen until I actually had a book published. And even then, I wasn’t too sure.

Carolyn: I’m an academic at heart. I spent ten years or so as a high school Latin and English teacher. Then I went back to grad school and earned a PhD in Medieval History. I spent the rest of my working career as a history professor at Rhodes College in Memphis, TN. Academics write books, so that’s what I did – big books densely stuffed with footnotes and bibliographies. They are in university libraries all over the place, but I’m not sure anyone ever read one of them. That career also meant that I learned not to expect to make money from writing.

Then I retired and decided to see what I could do as an independent writer.

Carolyn: I love it when someone falls in love with one of my characters. Nellie Chase now has her own group of fans, and she makes me proud.

Carolyn:  Well, my first book was a historical monograph on a 12th-century Norman bishop and his impact on the royal family of England. It was ridiculously easy to get it published. I pitched it to an editor in about five minutes at a conference, and she bought it for the University of Indiana Press. They did all the work from there on in. Unfortunately, I didn’t learn much about publishing from the experience.

Carolyn:  Discouragement came much later. Academic publishing is not a problem. You’re expected to do it, and you do. But then I retired, and learned that without academic credentials, I was a nobody again. My book on the history of the 100th Pennsylvania Regiment was turned down over and over again before a small house took a chance on it. Why? Because it was Civil War history, and my only credentials said I was a medieval historian. I still shrink inside when I remember some of the reviewers’ comments on amateurs trying to write history in a specialized field.

Carolyn:  I’m very much a morning person. If I can get up, eat a bite of breakfast, and head right for the keyboard, I can write all morning. If I have other errands to run in the morning, I get little accomplished later in the day

I keep trying to use National Novel writing Month (NaNoWriMo) to spur me to a more regular production schedule, but the pressure from a deadline just doesn’t work for me. I’ve just failed spectacularly at NaNoWriMo Summer Camp. I managed 38,000 words out of the required 50,000, and then broke down and quit.

Carolyn: In my case, I’ve learned to take my historian’s training and apply it to fiction. My books are all set in coastal South Carolina during the Civil War. The area overflowed with colorful characters in that period, so all I have to do is look for someone who catches my fancy. But how do I KNOW? I’m not sure anyone ever knows for sure that an idea can become a book. You have to take a chance.

With my first post-academic book, A Scratch with the Rebels, I chose to write about my great-uncle, who was a Union soldier stationed in South Carolina (and killed there) in 1862. I cared about him, but it turned out that there was not enough information or excitement in his life to sustain a whole book. So I found a Confederate soldier at the same time and place, and played them off against one another. 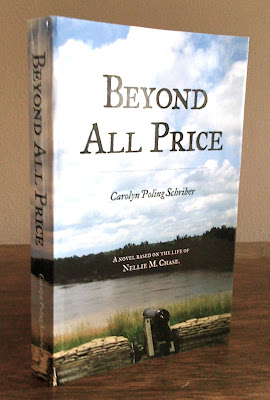 Deirdra: Can you tell us a little about your book "Beyond All Price?"

Carolyn: Beyond All Price is based on the life of a real Civil War nurse, Nellie M. Chase. She appeared—briefly—in A Scratch with the Rebels, because she was the nurse who served with Uncle James’s regiment. I found her fascinating, but she didn’t play much of a role in that first story. She deserved a book all her own.

Nellie was a teen-age runaway, a battered wife, a lone woman trying to survive in world dominated by men. She joined the Union Army with no credentials and little hope, but she became one of the unsung heroines of the Civil War. Determined to atone for the mistakes of her early life by dedicating her life to the service of others, she rose to a responsible position as head matron of a 600-bed hospital in occupied Nashville. Then she retired into obscurity, where she lingered until the world offered her one last chance to demonstrate her remarkable courage.

Deirdra: What do you hope readers will get from your book?

Carolyn: As a historian, I hope I have offered some glimpses into the problems of the Civil War that don’t appear in history books. Nellie has to deal with such matters as the state of medical knowledge at the beginning of the war, the limitations placed on women by 19th century society, and the problems raised by freeing slaves who were not ready to handle life outside of slavery.

On another level, I think Nellie will resonate with many readers. There are hints that she had an abusive father, and we know that her first husband beat her and tried to turn her into the madame of a brothel. She had to struggle to support herself and to build up her self-confidence. She’s a modern woman, seen through the lens of an earlier age.

Deirdra: How many beta readers review your manuscript before you send it to your editor?
Carolyn: Well, against all advice, I do my own editing. I must have read the manuscript nearly 20 times, trying to view it through the eyes of the creative writing teacher I once was. Then I sent it to five beta-readers – each one of whom could bring a different perspective to the book. I had a young woman going through a divorce, a Civil War re-enactor who is descended from a member of the regiment Nellie served, a military tour-guide in Charleston, an engineer with an eye for detail, and the head of an association of writers and publishers.
When they finished with their comments, I edited the whole manuscript one more time.
Deirdra: What kinds of inspiration do you use during your story creation periods?

Carolyn:  The best inspiration for me comes from visiting the locales of my story. It’s a real hardship, you understand, to have to plan a trip to Charleston or Hilton Head, but I struggle through. Once there, just walking through the same streets that my character knew sets all sorts of new ideas flowing.

Carolyn: Oh, I owe so many people. But in the end, the support of my husband matters most. He’s a gem. He cleans the house and runs errands so that I can have free writing time. He travels with me on all those hardship research trips and takes the photographs that will later refresh my memory. He’s my greatest cheerleader and my shoulder to cry on. He makes it all possible.

Carolyn: I have lots of favorites and for many different reasons. But if I had to choose one, the prize would go to Carl Sandburg. His poetry is wonderful, of course, but he also wrote a historical novel called Remembrance Rock. In it he manages to show his readers the entire story of American history through the eyes of recurring characters and a recurring cat. I loved it each time I read it, and I still go back to examine how he did what he did. The book taught me the art of story-telling as well as history.

Carolyn: Most of my free time goes to Lions Clubs International, the world’s largest service organization. I’m president of my local club and first vice-president of Mid-South Lions Sight and Hearing Service, a charitable organization that provides free sight and hearing care to indigent individuals in a four-state area.

Oh, and my four fuzzy wonders are pacing my office, reminding me that I’m also a cat-lover. That’s where the name of my publishing imprint comes from: Katzenhaus Books means cat house (no, not that kind!)

Carolyn: Slow down. If you are going to do it, take the time to do it correctly. And be prepared for a long struggle. Real success does not come quickly or easily – not if you want it to be permanent.

Carolyn:  My upcoming novel is The Road to Frogmore. It is based on the life of Laura M. Towne, the founder of the Penn Center on St. Helena Island, SC. She was a Philadelphia abolitionist who came to South Carolina to provide medical care to abandoned slave communities during the Civil War. The book will address her own transformation from doctor to teacher, her efforts to help the freedmen become productive citizens despite military and governmental interference, and her struggle to gain acceptance for the fact that she lived with her best friend and partner, Ellen Murray.

Deirdra: Where can our readers go to find your book and order it?

Carolyn: A Scratch with the Rebels and Beyond All Price are both available on my website at http://www.katzenhausbooks.com. They are also available from Amazon.com and the Kindle Store.

Carolyn: I would like to invite your readers to follow me on the internet. Links to my blogs and social networks appear on my flashcard at http://about.me/CarolynSchriber

Thank you so much, Carolyn. It’s a real honor to get your insights.
Posted by Deirdra A. Eden at 12:00 AM