Guns and Gods in My Genes by Neill McKee

Guns and Gods in My Genes 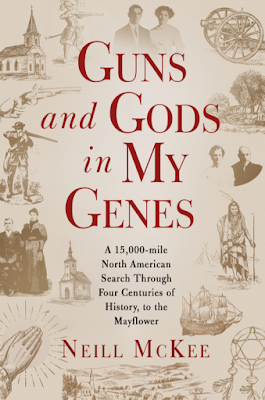 Neill McKee, author of the award-winning travel memoir Finding Myself in Borneo, takes the reader through 400 years and 15,000 miles of an on-the-road adventure, discovering stories of his Scots-Irish ancestors in Canada, while uncovering their attitudes towards religion and guns.

His adventure turns south and west as he follows the trail of his maternal grandfather, a Canadian preacher who married an American woman in Wisconsin, and braved the American Wild West from 1904 to 1907, finding a two-story brothel across from one of his churches and a sheriff who owned a saloon and dance hall, while carrying a gun with 20 notches, one for each man he had killed.

Much to his surprise, McKee finds his American ancestors were involved in every major conflict on North American soil: the Civil War, the American Revolution, and the French and Indian War. In the last chapters, McKee discovers and documents his Pilgrim ancestors who arrived on the Mayflower, landing at Plymouth in 1620, and their Puritan descendants who fought in the early Indian Wars of New England.

With the help of professional genealogical research, he tracks down and tells the stories of the heroes, villains, rascals, as well as, the godly and ordinary folk in his genes, discovering many facts and exposing myths. He also lets readers in on a personal struggle: whether to apply for Canadian-United States dual citizenship or remain only a Canadian.

Guns and Gods in My Genes is available to purchase now on Amazon.com.

About the Author, Neill McKee 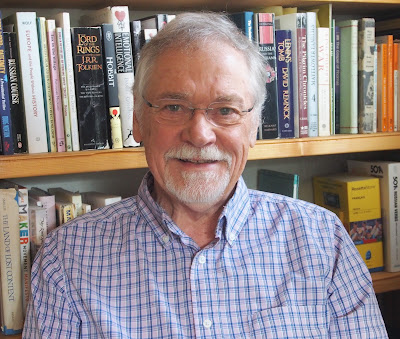 Neill McKee is a creative nonfiction writer based in Albuquerque, New Mexico. His first travel memoir, Finding Myself in Borneo, won a bronze medal in the Independent Publishers Book Awards, 2020, as well as other awards. McKee holds a Bachelor's Degree, from the University of Calgary and a Master's Degree in Communication from Florida State University. He worked internationally for 45 years, becoming an expert in the field of communication for social change. He directed and produced a number of award-winning documentary films/videos and multimedia initiatives, and has written numerous articles and books in the field of development communication. During his international career, McKee worked for Canadian University Service Overseas (CUSO); Canada's International Development Research Centre (IDRC); UNICEF; Johns Hopkins University, Baltimore, Maryland; Academy for Educational Development and FHI 360, Washington, DC. He worked and lived in Malaysia, Bangladesh, Kenya, Uganda, and Russia for a total of 18 years and traveled to over 80 countries on short-term assignments. In 2015, he settled in New Mexico, using his varied experiences, memories, and imagination in creative writing.

Find him online at: