Made to be Broken by Hugh Fritz 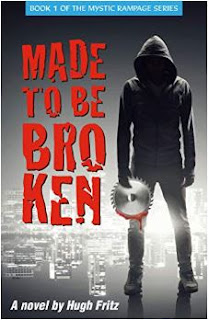 Flarence knows that Genies are supposed to help their masters by granting wishes, but he’s never been comfortable taking orders. To him, pummeling bad guys with magically enhanced weaponry feels like a much better way to use his powers.Darren is a gangster who wants to leave his reckless life behind so he can focus on providing for his family. Unfortunately, there are people in the neighborhood who won’t let him move on. Soleil is a humble man who tries to lead a passive lifestyle. In times of peace or times of war, he can be found cleaning his cafe or singing along with rock-’n’-roll tunes while tending to his houseplants.Darren, Soleil, and Flarence will have to work together and step outside their comfort zones when a rogue Genie and a hot-headed police officer threaten the lives of their loved ones. Flarence will be challenged to work with a criminal, Soleil will be forced to leave his sanctuary and act to help his friends, and Darren will face the possibility that being a gentle and caring family man may not be an option for him.

Made to be Broken  is now available to purchase on Amazon.com, Barnes and Noble, and  IndieBound. 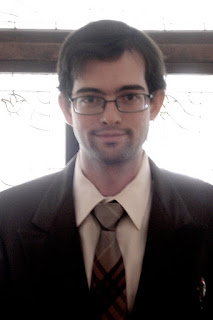 Hugh Fritz is a fan of monsters, mad scientists, sorcerers, and anything that involves being with incredible powers beating each other senseless. After years of writing research papers, he decided it was time to give reality a rest and let his imagination run wild. This is his first book, and it has been an illuminating experience making the transition from reader to author.

He was born in Chicago where he spent most of his life until moving to the Southwest in 2015. He finds inspiration bouncing ideas off other novelists in a critique group, but hours of television and finding the right songs to put him in the writing mood play an important role as well. He has no plans to end the Genies' adventures here, so be on the lookout for more magical mischief in the next book of the Mystic Rampage series.