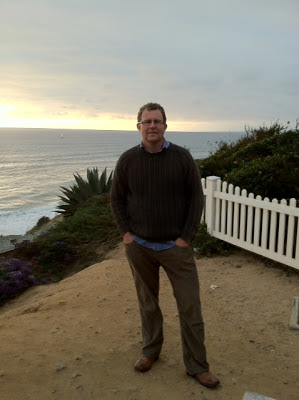 About the Author: David R. Smith
David was born in Salt Lake City, Utah and spent most of his childhood on
a farm in Heber City, located in the Wasatch Mountains. He loved exploring
the mountains on his horse looking for adventures to follow. Growing up,
he wanted to be a movie director and used his own Super 8 camera to make
silent movies with his friends and brothers and sister. Instead he earned
a Bachelors in Engineering at the University of Utah. While there, he met
the love of his life, Jenelle, and they were blessed with three amazing
sons: Josh, Tate, and Porter. David later earned his Masters in Business
Administration from Northwestern University and pursued a path in the
corporate world. But his creative side continued to tug at him for years
until finally through the encouragement of his wife and boys, he realized
that it’s never too late to follow your dream. So David set off to write
an epic adventure of a boy and his horse and created a story of freedom,
adventure, love, courage and sacrifice. When he's not writing, David
enjoys outdoor activities with his family, and especially loves surfing
with his three boys in Southern California where he resides. 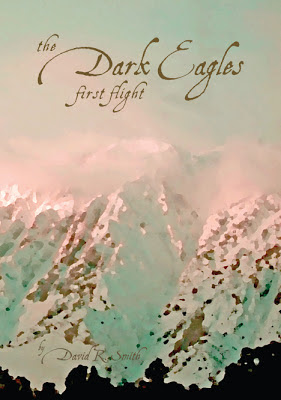 The Dark Eagles:First Flight
A Tale of Adventure and Freedom

Kief loves exploring the rugged mountains on his horse, Natch, with his
best friend Tarc.  But when he receives a mysterious map on his birthday,
left behind for him by his dead grandfather, Kief is thrown into an
adventure beyond even his imagination.
Leaving home to pursue his childhood dream of attending the merchant
academy on the coast, extraordinary events unfold propelling Kief, along
with his friends and his map, toward the same perilous destiny.

“Author David R. Smith does a ﬁne job with his dialogue, which ﬂows smoothly and wittily throughout. His interactions between characters are genuine, and the portrayals of his young female characters in particular are refreshing.”
The Deseret News, Salt Lake City, UT

“The book was wonderfully written. It is a book for all ages and gender. Boys may like that it is from a young man's point of view with all the adventure. I enjoyed the character development and the friendships formed from the adversity they faced.”
The Book Rack, Arcadia, CA

1. What was the most memorable adventure you had exploring the Wasatch Mountains as a kid?

When I was 12 years old, I had just finished reading The Ash Staff by Paul Fisher.  My friend and I loved that story.  One day after school we saddled our horses and with our homemade swords (metal pipes smashed flat with a hammer on an anvil) we set off to explore the oak brush forests at the base of the mountains.  We galloped through the narrow passes between the trees, darting around them, fighting off imaginary goblins and monsters.  At one point we came upon a group of deer that scattered deeper in the forest.  Had we had bows, we were sure we could have killed our own dinner.  We continued exploring at a walking pace to give our horses and us a rest.  Then we darted off again.  I was in the lead and as I came around a bend there was a massive anthill.  My horse was spooked and jumped sharply to the left to avoid the mound.  My body, on the other hand continued in its straight course and landed directly on top of the anthill.  I rolled off and sprang to my feet brushing the red ants from my arms and clothes.  I felt myself a true warrior that I had skillfully avoided receiving a single ant bite.  My friend laughed so hard he almost fell of his horse.  For us, it had been a grand adventure.

2. What made you want to be a movie director growing up? And what was your most ambitious movie project?

As a kid, I saw Star Wars 17 times.  And that wasn’t on video, it was in the movie theatre.  And I think I came close to that number with The Raiders of the Lost Ark.  Those two movies had a huge impact on my childhood.  I wanted to be like Lucas and Spielberg and top what they had done.  I saved my money and bought a Super 8 movie camera.  I filmed a number of very short pieces and then set out to make my first full-length (4 minute) Super 8 movie (a roll of film had just over 4 minutes on it).  We opted for a cowboy movie since we had all the props.  It was the typical outlaws-robbing-the-bank-and-the-sheriff-finding-their-secret-camp-to-get-it-back movie.  All the outlaws died complete with bloody ketchup bags and one outlaw rolling six times across level ground until his bag of ketchup broke for the zoom-in blood frame.  I remember one scene where I told my younger brother “Okay, you are dead, you can’t move in the background on this next scene.”  He told me okay.  I soon as I started to roll the film, he stood up in the background, dusted off his hat, and walked off completely forgetting what I had said.  The movie ended with a panning of all the dead bad guys lined up like a Clint Eastwood movie.  One of my friends couldn’t hold it in and had a big ole grin on his face.  With no editing tools and no ability to reshoot (I had used up my only roll of film) that would have to do.

3. What were some of the bumpy parts on your road to publication?

The biggest challenge for me, as probably for most first-time authors, was the need to be persistent.  You learn so much about yourself and your writing abilities with your first book.  The process is long and, at times, can feel hopeless.  It has taken five years for me to develop “The Dark Eagles” series and complete the first book.  You rewrite and revise over and over as you chip away the rough edges of your story or add details that you are missing.  I would say to myself, “That’s it, I have it!” and then a reviewer would point out something and I’d have to go back and make changes.  Don’t give up.  If you love writing just keep going, keep working at it, it will come.  And when you get your first genuine, unsolicited, praise from a fan it is the most amazing thing.  There’s nothing like it!

4. Have you always liked fantasy? What's your favorite book?

I have always liked fantasy.  I love going on adventures and fantasy books are full of them.  I’m a big fan of the classic adventure stories and one of my favorites is “Treasure Island” by Robert Louis Stevenson.  His descriptions of the pirates and their villainous yet endearing natures are so real you feel like you are on the journey with Jim Hawkins.  “The Hobbit” is another favorite of mine.  I also like more recent novels like “The Hunger Games.”  Fantasy can provide inspiration too.  Like Frodo walking up Mount Doom, fantasy can encourage us to push forward in our personal lives regardless of what challenges we face.  It strengthens us and gives us hope through the characters and events they experience.  Nothing seems to inspire us more than a great story!

5. What are your future writing plans?

The Dark Eagles – First Flight is just the beginning of The Dark Eagles series.  There are four more novels to come.  I’m nearing completion of the second one now, “The Dark Eagles – Wells in Desolation.”  Kief’s adventures take him across the seas to hostile and desolate lands filled with death and despair.  Seeking justice and driven by the raw will to survive, he encounters new friends that help him along his journey and reveal secrets about the past and his unfathomable destiny.  But a shocking truth threatens to doom the fate of The Dark Eagles forever.

6. Any advice to aspiring writers?

As I mentioned earlier, I love the classic adventure stories: Robert Louis Stevenson’s Treasure Island, H. Ryder Haggard’s King Solomon’s Mines, Mark Twain’s Tom Sawyer.  I love them for their adventures and I love them for the near poetic words of their dialogues and descriptions.  A part of me aspired to be like them.  But that wasn’t my gift.  We all have specific gifts and styles as writers.  We have to embrace who we are and then work to develop it, to stretch it.  With that, I say, be true to yourself as a writer.  The other night I was watching a movie about a writer who was apprenticing a young man.  At one point, the young man was sitting at his typewriter thinking.  The seasoned writer asked him what he was doing and then told him to stop thinking and start writing.  He told him there is no right or wrong in the first draft.  I have found that so very true in my own experience.  Just start typing the words.  You will be surprised where your own gift of writing will take you if you unleash it.  My wife, not a writer herself, encouraged me to do it years ago as she tried to help me let go and stop pretending to be some author I am not.  She told me to sit down and start writing about anything, especially something I hadn’t thought-to-death about.  She called it freewriting, or writing from the heart.  It was truly a liberating experience.

7. Where and when do you do your best writing, and why do you think that is so?

I have so often heard of writer’s block.  It is something that I have never yet experienced.  My imagination goes so fast that the problem I usually have is getting all that is in my head down on the paper.  I can write anywhere.  I have no problem blocking out the world.  I ride a motorcycle 140 miles roundtrip to work through northern Los Angeles.  I come up with many scenes as I ride.  Then, when I get to work early, I will spend time writing or I will stay up late in the evenings.  Saturday mornings and holidays are especially great as everyone usually sleeps in and I have a few hours to focus.  My wife often drives on longer road trips and I get a lot of writing done then as well.  With lovely California weather, I enjoy writing outside on our back patio whenever I can.