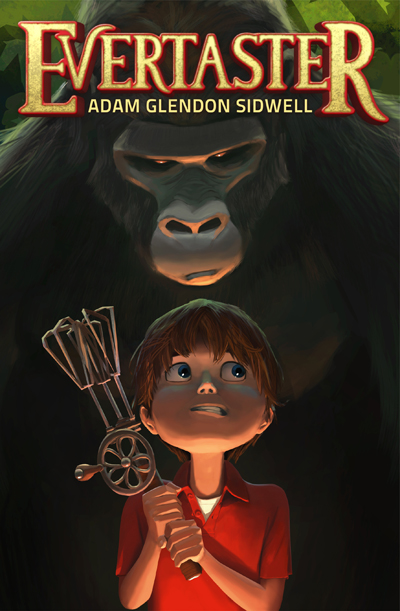 "Sidwell is a talented comedian, and that is certainly reflected in his writing. The characters are quirky and likable." --Deseret News

When eleven-year-old Guster Johnsonville rejects his mother's casserole for the umpteenth time, she takes him into the city of New Orleans to find him something to eat. There, in a dark, abandoned corner of the city they meet a dying pastry maker. In his last breath he entrusts them with a secret: an ancient recipe that makes the most delicious taste the world will ever know — a taste that will change the fate of humanity forever.

Forced to flee by a cult of murderous chefs, the Johnsonvilles embark on a perilous journey to ancient ruins, faraway jungles and forgotten caves. Along the way they discover the truth: Guster is an Evertaster — a kid so picky that nothing but the legendary taste itself will save him from starvation. With the sinister chefs hot on Guster’s heels and the chefs’ reign of terror spreading, Guster and his family must find the legendary taste before it’s too late.
www.Evertaster.com

"One of the most original, well-crafted and imaginative MG stories I've come across in a long time." - WordSpelunking Book Review 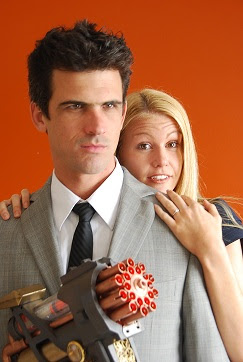 About the Author:
In between books, Adam Glendon Sidwell uses the power of computers to
make monsters, robots and zombies come to life for blockbuster movies such as Pirates of the
Caribbean, King Kong, Transformers and Tron. After spending countless hours in front of a
keyboard meticulously adjusting tentacles, calibrating hydraulics, and brushing monkey fur, he is
delighted at the prospect of modifying his creations with the flick of a few deftly placed
adjectives. He’s been eating food since age 7, so feels very qualified to write this book. He once
showed a famous movie star where the bathroom was. Adam currently lives in Los Angeles,
where he can’t wait to fall into the sea.

You can learn more about Adam and his writing adventures here: