As a high school English teacher for over 20 years, I worked with literally thousands of students. (Boy, that sounds daunting, doesn’t it!) Together, we read and discussed stories and poems from around the world. Authors like Hemingway, Harper Lee, John Steinbeck, Homer, Shakespeare, Dostoyevsky, William Golding, Aeschylus, Sophocles, Joseph Conrad, T.S. Eliot, William Harding, Chaucer, and Tennyson. And we wrote. Some did more than others.
I’d always had avid readers just as I had those students who struggled or refused to read. Thankfully with the right encouragement, my students wrote. It was reading that taxed my skills, particularly with my freshmen…until one year.
One of the anthologies that I’d used had a section on Arthurian Legend. So I thought, why not? I had stumbled upon a gold mine. My freshmen readers loved exploring the stories. Even better, my freshmen who struggled with reading sat by themselves or in small groups to read the stories. 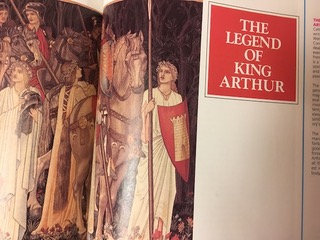 I was elated, but I had another test for Arthurian Legend…my juniors. Together we travelled through the ancient stories and plays. They enjoyed these once into them. We always did these as a whole class. However, my struggling readers still would not read on their own. Until…you guessed it…I gave them Arthurian stories to read. It amazes me to this day. The fascination for Arthurian Legend still appeals to so many. (You can read my blog post Some Legends Do Live Forever at https://jillsheets.blogspot.com/2018/10/some-legends-do-live-forever-by-cheryl.html.
While I was thrilled that something encouraged my students to read, there is another reason why I decided to write Tales & Legends. When introducing the Arthurian stories, I would ask the kids what they knew about King Arthur. I received a barrage of information. Then when I asked what they knew about Guinevere, I was given the same three pieces of information. She married Arthur; she cheated on him with Lancelot; and she caused the downfall of Camelot. One or two years I could see getting those answers, but year after year for 10+ years? This was the deciding point for me.
When I contemplated retiring, I gave a lot of thought to what I would do. I decided to use the gold mine I had found so many years before and hopefully help kids not only get excited about Arthurian Legend, but to get excited about reading. And I decided to start with Guinevere, a seemingly misunderstood woman from the Legend. Starting at the elementary school level gave me the opportunity to introduce kids to a younger, more innocent Guinevere and build on her character. 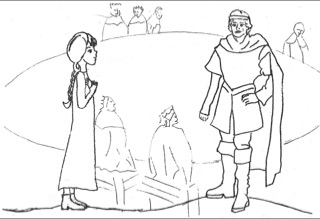 I would be able also to reach those Reluctant Readers much sooner. Maybe, just maybe, those young reluctant readers would become readers by the time they reached the high school.

Cheryl Carpinello’s Guinevere: At the Dawn of Legend 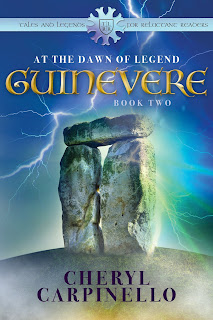 WOW! WOMEN ON WRITING TOUR
OF
Guinevere: At the Dawn of Legend

His one desire...To be a knight.
His future queen...At times reckless.
Best friends…Bound by Friendship and Loyalty.

When their adventure turns deadly & dangerous, Guinevere & Cedwyn find themselves embroiled in a life-or-death struggle.

Not only are they in danger, but so are the kids of Cadbury Castle.

Renegades--foiled in their attempt to kidnap the princess--steal the children of Cadbury Castle to sell as slaves. Guinevere and Cedwyn vow to rescue the children, but a miscalculation puts them all in more danger.

As the plan quickly unravels, Cedwyn chooses to turn his dream of becoming a knight into reality.
Will their courage be strong enough to survive, or will one make the ultimate sacrifice?
Print Length: 150 Pages
Genre: Middle Grade Fiction
Publisher: Bublish, Incorporated (May 2017)
ISBN: 978-1946229441

Guinevere: At the Dawn of Legend is available to purchase on Amazon.com. 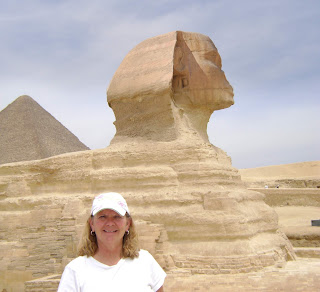 About the Author
Cheryl Carpinello is an author, retired high school English teacher, and Colorado native. Since retiring from teaching, she's been able to devote her time to writing and traveling. Although she may be away from teaching, she is still a teacher at heart and especially enjoys meeting with kids and talking with them about reading and writing. Cheryl hopes through her books she can inspire young readers and reader’s young-at-heart to read more.

You can find Cheryl at –


Guinevere: At the Dawn of Legend snippets

Many trials await the two of you. Perhaps the hardest are the ones you will have to endure alone.
“You, Guinevere, will find yourself lost. You—who are destined to be a great queen—will have to traverse a journey of immense pain and self-doubt. You must let your inner feelings guide you. The journey will be hard and painful. You must summon the courage of your soul to sustain you.
“You, Cedwyn, faithful friend of the princess and the queen. Your journey may be the hardest of all. You will be sent far from those you serve and love. Your duty will demand that you see this most difficult journey to its end. Whether it be death or life for you will depend upon many things. Your courage must also come from deep within your soul for one so young. Your love of family and friends must be great. But greater still must be your loyalty to the knight’s duty. For your knight’s vow comes soon. You must embrace it. You must defeat the temptations to turn aside for your own safety.

With saddened and heavy hearts, they left the gruesome glen behind and rode for the castle.
Samuel followed Guinevere, having chosen to ride beside Aaron. His tears dried, but the anguish not buried with his family. The grief was clearly evident in his hunched body, the anger in his clenched fists on the pony’s reins. Cedwyn worried about the boy’s state of mind.
Guinevere now led the trio, concern for the safety of the castle and the people there were marked by the hard set of her chin. Worry etched lines in her wrinkled brow and deepened her hollowed eyes.
Cedwyn brought up the rear. His eyes noted every movement. Ears tuned to the echoes of the forest, head swiveling at each movement and sound. Fear had taken permanent hold over his body—a feeling he was certain should have been as foreign to him as it would have been to Arthur’s knights. Cold fear tightened its grip on his heart and throat. Those who would kill the gentle monks would stop at nothing. Now the little group rode in the dark, a time when all earthly creatures took on the pallor of ghosts, and hidden danger lurked all around them.

His finger on her lips stopped her rebuttal.
“Not now. Other issues demand the attention of the knights and kings.”…
“But Father…I promised.”
“So you did, daughter mine, but kings must rule with their heads not their hearts. This discussion is over. You are dismissed to go to your room. I have a knight there who will make sure your rest tonight isn’t disturbed.”
Her legs refused to move. She opened her mouth, but no words came.
“Go. Now Guinevere. Before I forget you’re my own flesh and have you flogged for the dangers you’ve brought upon us. Go!”
Guinevere ran from the room, fists clenched, tears streaming down her face.