This is actually two projects commissioned for a young lady’s bedroom..One is the poster in the middle and one is an actual painting on the wall.

I talked with both mom and the young woman and made a list of what they wanted.

I made a sketch: 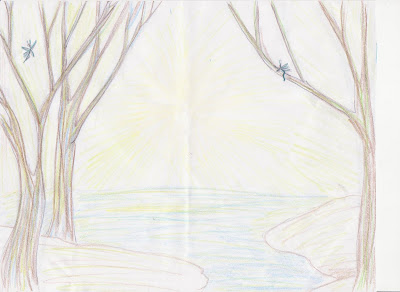 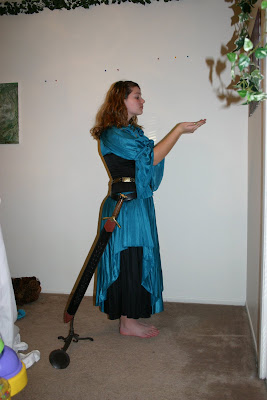 We did a photo shoot.
I decide to use the young lady as the model for the painting. 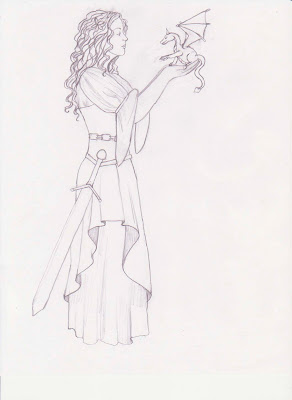 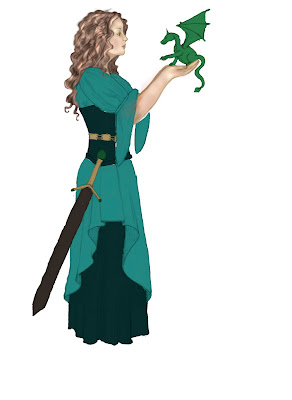 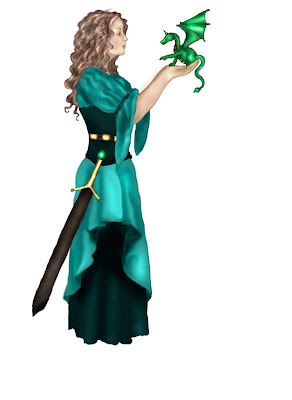 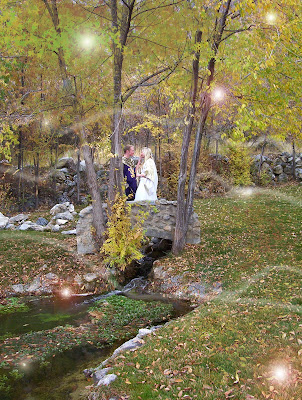 This is a picture I took a while back. I liked the trees in the background so I cropped it and tinted it blue. 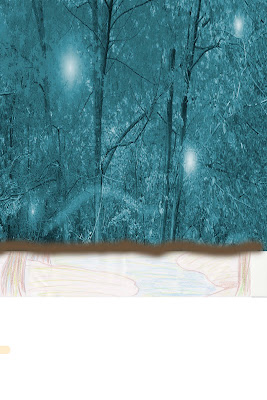 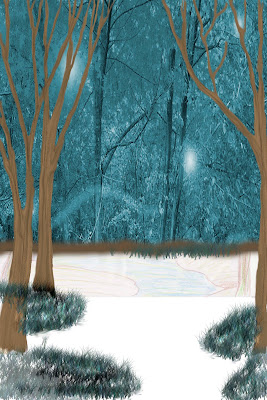 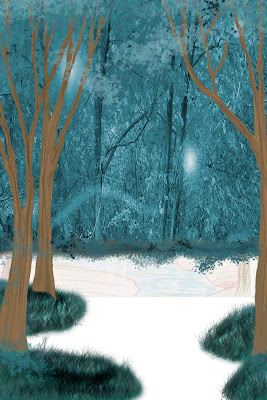 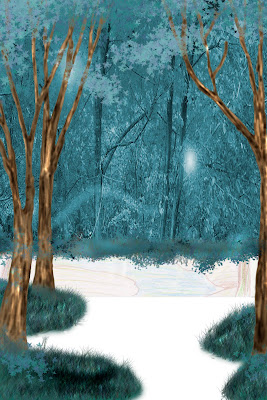 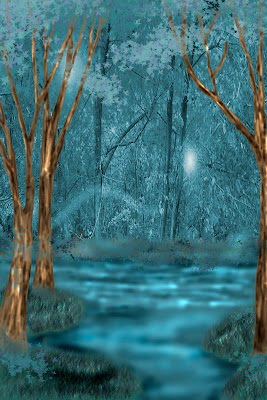 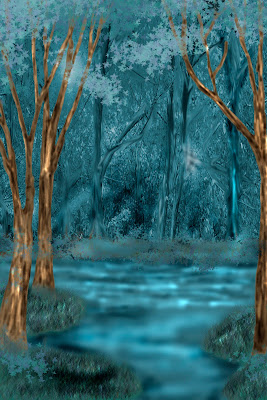 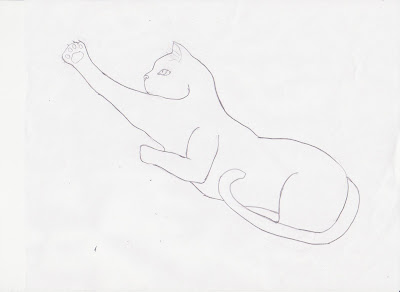 This is her cat she wanted to have in the painting. 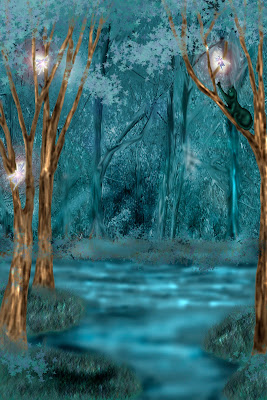 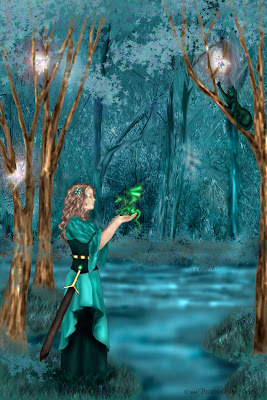 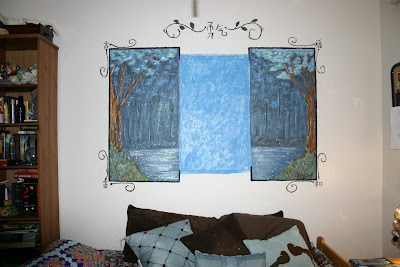 The painting on the wall. 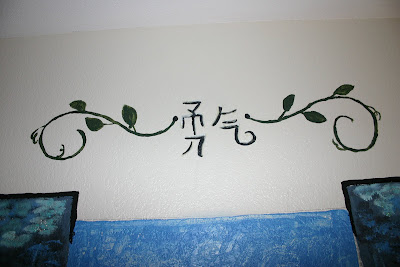 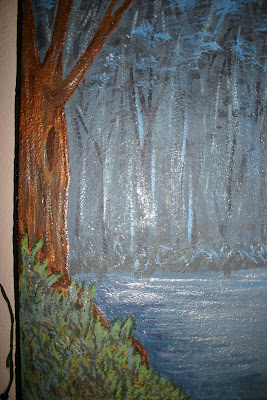 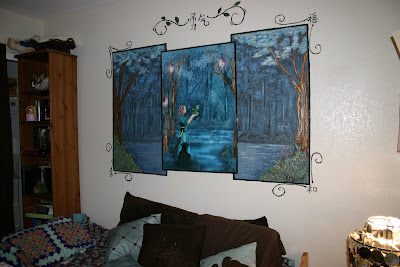 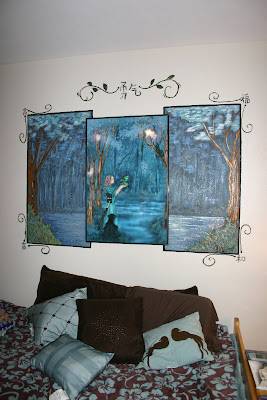 To register and for more information, click on the link below. 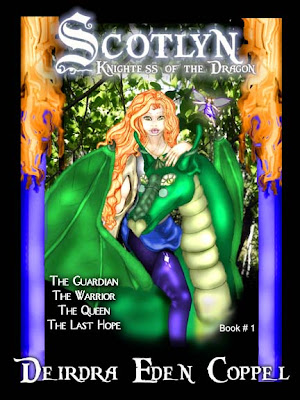 After suffering abuse, betrayal, and slavery there comes a point when Scotlyn must decide if she the damsel in distress or the knight in shining armor.

Scotlyn, Knightess of the Dragon is a YA fairy tale, with universal appeal about a young woman in the final years of 12th century England. Scotlyn pledges her heart to a man who disappears in the holy crusade. He's back, and is the leader of an army sent to destroy her homeland.

Held captive by the witch of the woods, young Scotlyn, with the aid of magical friends, finds clever and resourceful ways to survive and escape.

In the real world there are more dangers for a beautiful young woman than devious old witches. Scotlyn faces war, dragons, political conspirators, highwaymen, demons trying to steal her soul, charming lords trying to steal her heart and a sly basilisk that she must capture or be cursed by the fairy queen.

Through her adventures Scotlyn discovers she has several guardians; a kind old dragon, the fairies of the woods and a handsome mysterious archer with unearthly gifts and talents.

Scotlyn must rely on a higher power to overcome fear, discouragement and temptation. 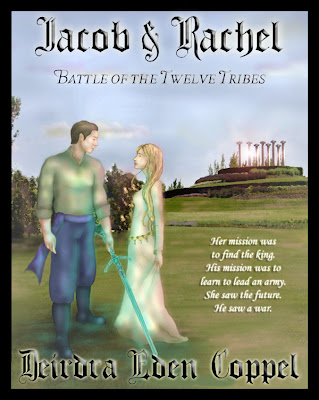 Jacob and Rachel, Battle of the Twelve Tribes
Book #2

What if you could see the future? You foresee war, plagues, natural disasters, and a plot to over throw the government to create anarchy. The only one who can stop it thinks you are a lunatic. 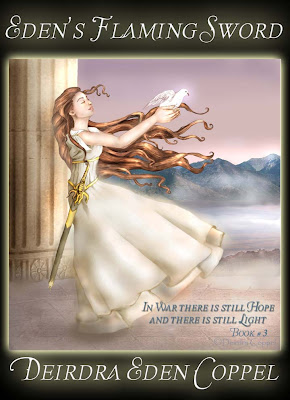 How far would you go to discover who you are, where you came from and when it all began? 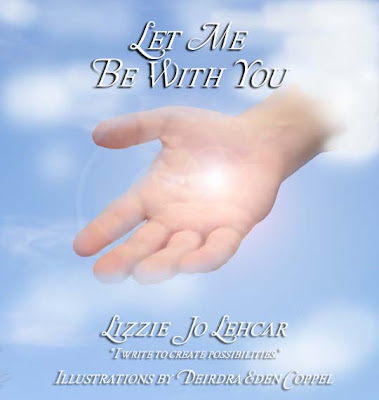 Fairy's Waltz (in the editing and illustrating process)

The Movie Deal I Turned Down

Yeah, its true. The film producer (I won’t say any names but I will say that almost all of you have seen at least one film that they have made) expressed interest in producing Scotlyn into a full length film production and wanted to meet. As I drove to their castle on the hill I told myself that I would accept what ever offer they made to me because it would help me sell more books.
This producer had read my book and loved it. They said that there was a few things that they wanted to change in the film production. ‘Sure,’ I thought to myself, ‘the movie is always different from the book.’ When this producer said that they wanted to add sex and a few homosexual innuendos to “appeal to a larger audience,” I was devastated. Heavenly Father would not be pleased with me if I willing agreed to take something that was written with His help and tainted it with worldly sins made to look like pleasures.
Posted by Deirdra A. Eden at 9:21 PM 1 comment:

Even though Scotlyn has many Christian themes, like the fantasy works of C.S. Lewis, this book appeals to a truly universal audience.

I was getting requests for the book but had none to send out so I decide to try this e-book thing out. I joined Authonomy.com and posted my book. There are thousands of books on this site; it is a reader’s paradise.
Scotlyn soared up the popularity charts. In less than 24 hours I was in the top thousand books. By lunch time I was in the top 500 books. In just the short time I have been apart of this site, hundreds of people have read Scotlyn, Knightess of the Dragon. With little promotion the book has secured its place in the top 250 book and is still climbing up the charts. As an author, I have been ranked 6th out of thousands of talents spotters. I keep checking to see if there is a glitch, it’s unbelievable.
Posted by Deirdra A. Eden at 9:20 PM No comments:

Finding the Right One for Me

I keep thinking that I will get published once I don’t care or try anymore. Years ago I gave up on ever finding a good man to marry me. I figured that I would find some guy in the millennium after I was resurrected. A month later I met my husband. Trying the same tactic I stopped sending query letter out and had this I don’t care if I ever get published, I’m still going to write anyway attitude. I still didn’t get published. Maybe it will happen in the millennium.
Posted by Deirdra A. Eden at 9:20 PM No comments: