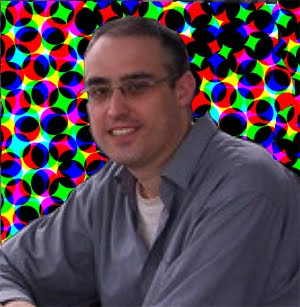 James: I think I've wanted to do something creative since I was a teenager. But I've tried several different things, such as music and filmmaking, before I finally settled on writing. To be honest, if it turned out that I was actually better at, say, painting than writing, I think I'd be happy to change. So in a sense I still haven't decided.

James: I did a Bachelor of Arts majoring in creative writing and media, but I didn't do anything with it after graduating. Years later I created a fantasy city called Teleleli or Telelee as a background for role-playing games like Dungeons & Dragons. Once I finished I realised there wasn't any demand for it. My ex suggested I write stories instead, and that's how I got started.

Deirdra: What was the pathway like for you to get your first book published?
James: Since I self-published it (on Smashwords and Amazon), this was just a matter of getting the document ready and uploading it. The hard part of self-publishing isn't getting published, it's writing it in the first place and then getting anyone to read it. There are thousands upon thousands of self-published authors out there, and of course they're all trying to get their book noticed.

Deirdra: Were you ever discouraged along the way? If so, how did you deal with it?
James: I get discouraged a lot. Usually it's when people don't like something I've written as much as I do, or when I get stuck on something. One thing I do is make a point of writing every day, even when I don't feel like it. This helps get through temporary slumps. I think if you wait for inspiration to strike it never will. Often I start with the attitude that "I'm really tired and I can't think of anything. I'll just write a token amount so I can say I did something today," and actually end up having a good idea and getting a lot done. I usually have several things that I'm working on at the same time. This helps with getting stuck, because I can leave what I'm working on and do something else instead. The danger with this is that starting something can be more fun than finishing it, and so you run the risk of having lots of half-written pieces that you never finish.

Deirdra: What is your writing schedule like?
James: I make myself write every day. I think if I tried to write, say, three times a week, that would actually be harder. If it's three times a week it's too easy to put it off and say that you'll do it later. If it's every day you 'have' to write now.

Deirdra: Where do your ideas come from? How do you know the idea is good enough to write a book about it?
James: Some ideas just pop into my head, without me knowing where the idea comes from. I carry a notebook with me everywhere I go, and write down ideas as they occur to me. I don't think I have more or better ideas than anyone else, but people who don't write don't bother putting their idle thoughts down. Other ideas come from experiences in my life. For example a while ago I found three injured birds in the space of a few weeks. I took all of them to the local vet. As I was carrying one of them, I thought that the woman at reception might wonder where I was finding all these injured birds, and that was the inspiration for my story 'Lost, Feral or Stray'. Of course other fiction is a big inspiration. In some cases it's obvious. I've done poems directly based on stories by HP Lovecraft and other writers for example. In other cases it's more subtle: for example the city of Teleleli or Telelee is partly based on Fritz Leiber's Lankhmar, Terry Pratchett's Ankh-Morpork, and Port Blacksand in the Fighting Fantasy series. I never know when I start how much mileage I'm going to get out of an idea. I try not to have an amount of words in mind when I start. As a result I have a lot of stories that are very short. Deirdra: Can you tell us a little about your book _The New Death and others_? James: It's a collection of stories and poems, 63 pieces in all. It's only a bit over 41,000 words in total, so most of them are quite short. Most of the stories are fantasy, but there's some 'general fiction' in there as well. The style ranges from funny to very grim. I'm much more influenced by older writers like Tolkien and Robert E Howard. In fact I've never read any of the Harry Potter, Twilight or Game of Thrones series. I have a pretty big free sample on the Smashwords page, and reading it is a much better way to find out about it than having me tell you about it.
Deirdra: How many beta readers review your manuscript before you send it to your editor?
James: I'm my own editor. However, I know that a lot of self-published books are very badly edited, and I do everything I can to be the exception. I spend a lot of time on Critique Circle and Scribophile, two websites where you read other people's work and offer suggestions, in return for getting the same done to your own manuscript. I'm also on an email list for the same purpose, and I have a face-to-face critique group, which currently meets twice a week. I think that getting your work regularly critiqued is absolutely essential. Unfortunately a lot of writers spend months or years working in isolation. Then they finally show it to other people, thinking that this is the last step before publishing, and find that their work is nowhere near ready to publish. I think that getting used to showing your work to other people, and responding to criticism are 'core skills' for a writer; almost as essential as being able to spell (and Word can fix your spelling, but it can't fix your plot holes).
Deirdra: What do you hope readers will get from your books?
James: I don't know if I have a 'message'. I certainly have opinions, and those opinions most likely come out in my writing. But In the end I'm out to entertain people, whether that be making someone laugh with a pun that's so dumb it's funny, or making you sad that a character died.
Deirdra: What is your process of brainstorming a story? Do you just sit down and write, waiting to see what happens next? Or do you outline first?
James: I write mostly short pieces, so I can get away with just sitting down and writing it as I go (albeit usually with a rough idea of what's going to happen in my mind). However I usually start with an idea, and might write down (or rather type in, since I mostly write on a computer) roughly what's going to happen first. Sometimes it's a mix, where I'll have an idea for what should happen next, and so write that down before I get to it, but not have a complete plan for the story. Or if I get stuck with just writing it, I'll step back and write a plan for the rest of the story.

Deirdra: Besides writing what other talents or hobbies do you have?
James: My other main hobby is coding online games. I spent several years writing an online game called Age of Fable (www.ageoffable.net). I don't have any plans to do more on it, but it's still online, and you can play it for free. I'm currently working on an online 'card' game, like Yu-Gi-Oh or Pokemon. I've also done a few smaller projects. For example I did an online version of the computer game Oregon Trail.

Deirdra: What words of advice do you have for other writers who desire to have their manuscripts become books in print?
James: Nowdays anyone can self-publish. If you can make a Word document, you can have an ebook on Smashwords or Amazon. However that means that if your work is no good, no one's going to stop you. I'd recommend that people get onto Critique Circle (www.critiquecircle.com) and/or Scribophile (www.scribophile.com), put their work up, and listen to what people tell you. Don't 'defend' your work against people's 'attacks'. They aren't attacks, they're helping you. I've found that the people who defend their work have a strong tendency to have the worst writing, I suppose because they're not making the changes they need to make. Also I'd point out something I didn't know when I started. It doesn't matter if you're going to self-publish, but it is important if you want to be published by a regular publisher, or if you want to submit stories to magazines. Most places won't publish work that's already been published. And most places count putting a story on the internet as publishing it. In my opinion that's silly, but that's what they do. Scribophile and Critique Circle are exceptions, because google doesn't index them and you can't see any stories without logging on. However there are writing group websites out there where, if you put a story on the site, that counts as the story being published. That seems like a really terrible way to set things up, but they're out there. I'd also say that getting a book out isn't the final step. It's just the start of the work of self-promotion. This is true even if you're not self-publishing: I'm told that authors are expected to pretty much arrange their own book signings and so on (if you just want to have a book out to show family and friends then this doesn't matter, of course). Finally, there are a lot of sharks out there, who make their money from authors and not from readers. They will make all sorts of promises about how they're going to promote you and help you, but these are lies. Authors do not pay publishers, ever, and if they're asking you to pay then it's a scam. Of course if you're self-publishing you might end up paying someone to design a cover for you, or you might pay for internet advertising, but those are different things. You might also pay a printer to print your books if you want to get physical books rather than ebooks - but in this age of the kindle and print-on-demand I don't know why you'd want to. Preditors and Editors (www.pred-ed.com) is a good website to look at, and you can get good advice at the forums of Critique Circle. 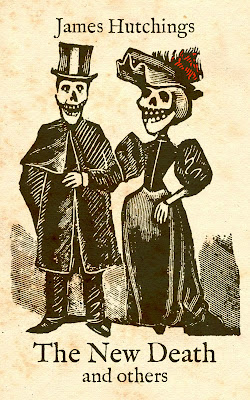 Deirdra: Where can our readers go to find your books and order them?
James: The ebook is sold on Amazon and Smashwords: Amazon: http://www.amazon.com/dp/B005Q8Q8DY Smashwords: http://www.smashwords.com/books/view/92126 Amazon has it for the kindle, and Smashwords has it for the kindle as well as a lot of other formats. It's also on a few other sites like Barnes & Noble, but those two are the main ones.
My blog is http://www.apolitical.info/teleleli
Posted by Deirdra A. Eden at 12:00 AM No comments: